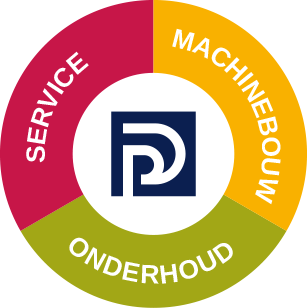 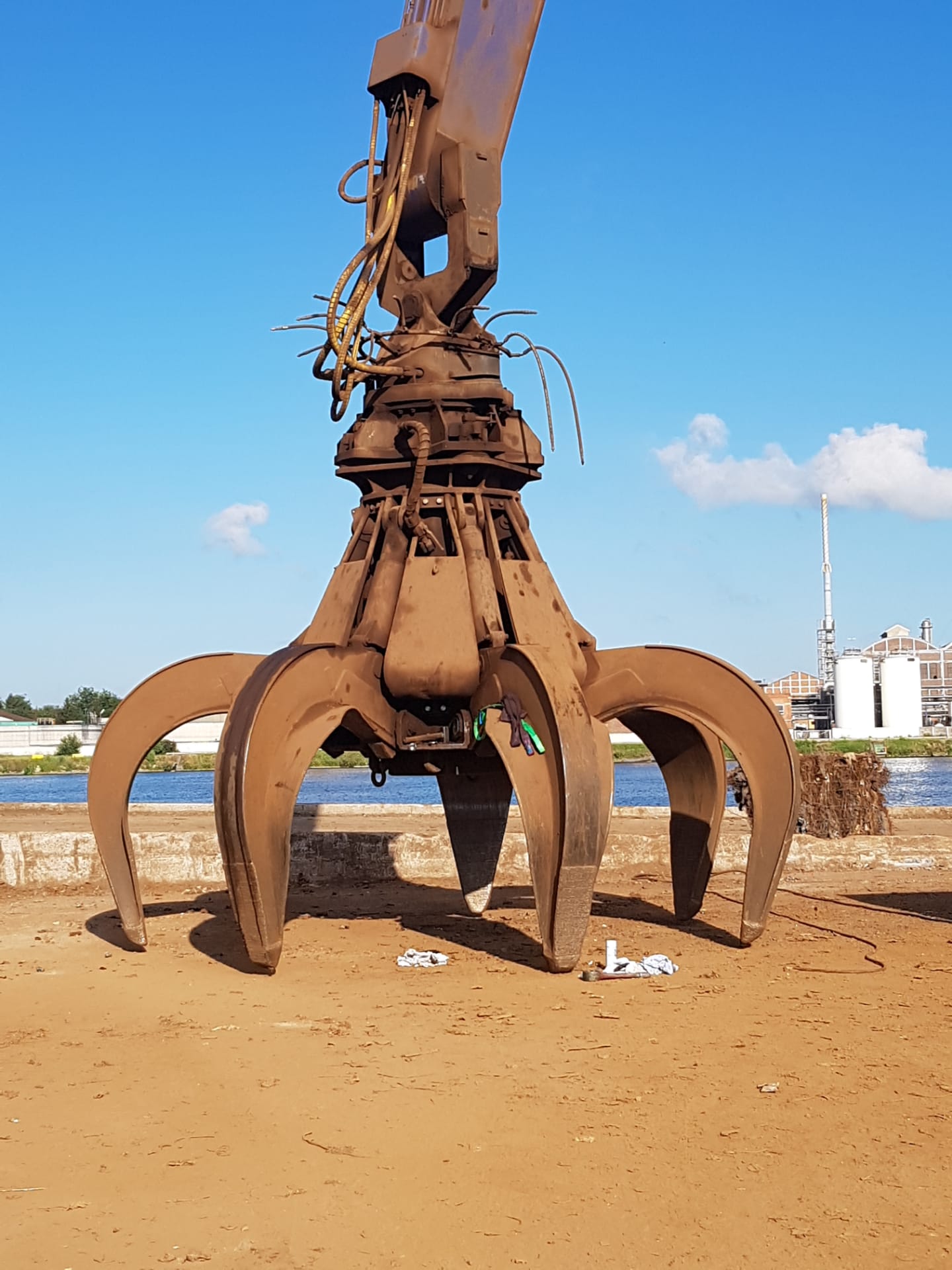 The scrap grab in question is used to move large pieces of metal waste. This causes the grab to wear out quickly. Due to the frequent use of the crane there was also too much slack on the grab. It also showed cracks on the gripper body. The hard weld was almost gone.

External transport to our production site was arranged by us.

At the gripper teeth, the bushings were removed, holes were measured and an in-depth check was carried out. A penetrant test was performed on all welds on the hinge block and side plates to detect cracks. Thanks to this investigation, all the observed cracks were gouged out or ground out. Then all this was welded in the workshop. The gripper tips were also replaced. In addition, the hard surface was cleaned on the inside and outside and re-welded.

Hinge point and cylinder connection were bored out, welded on and re-bored to the correct coordinates. The buffers were welded on and milled in such a way that each tooth has the same size. New bronze bushings were fitted with lubrication grooves. These were frozen by means of liquid nitrogen and mounted in tensioned gripper teeth. Afterwards, the locking plate of the cylinder shaft was welded in position.

At the gripper body, we removed the blocking plates, the holes were measured and we performed a penetrant test on the intermediate plates on which the gripper teeth are mounted. If necessary, the cracks were gouged out and welded. Then the sides of the buffers were completely gouged down to the base plates and welded again. Then the pivot points were bored out at the bottom of the head followed by the cylinder connections at the top of the head. These were then welded on and rebored.

Finally, we installed new blocking plates and produced new hinges and hardened cylinder shafts. If necessary, installation on site + the adjustment of the buffers can be agreed. 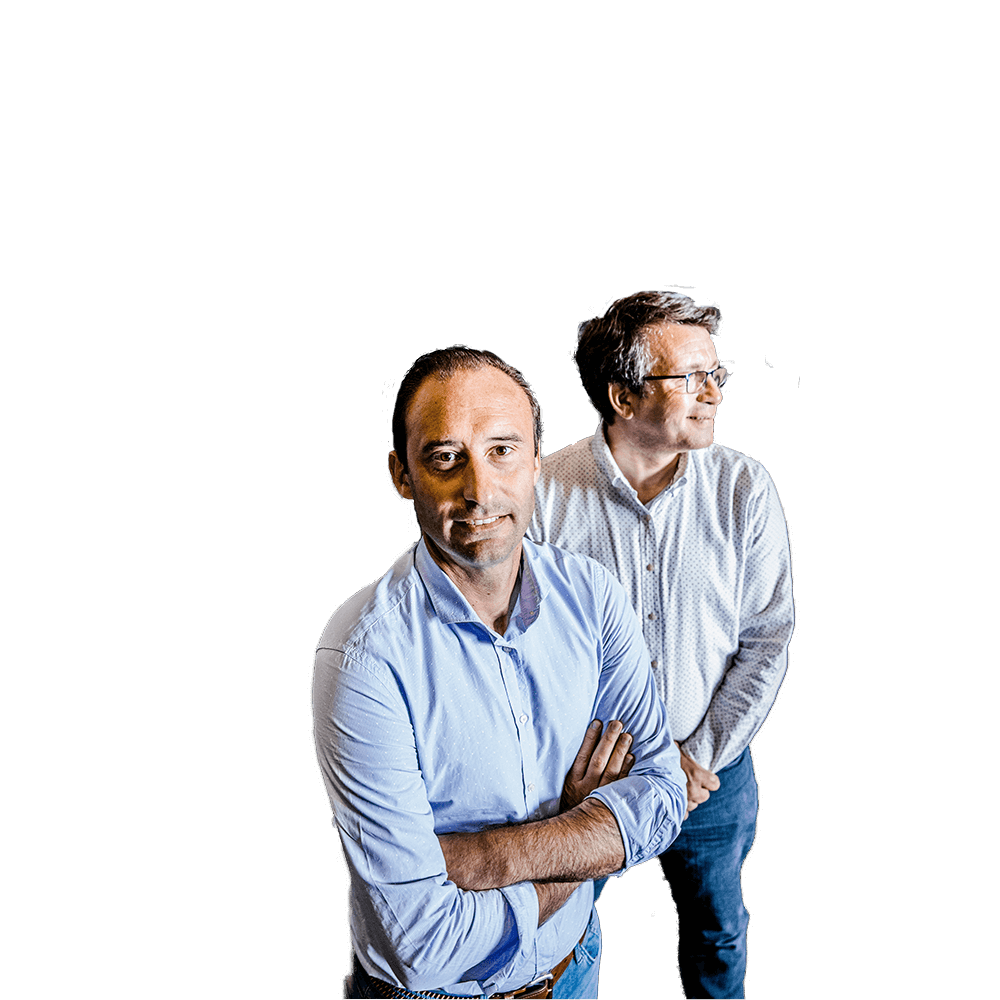 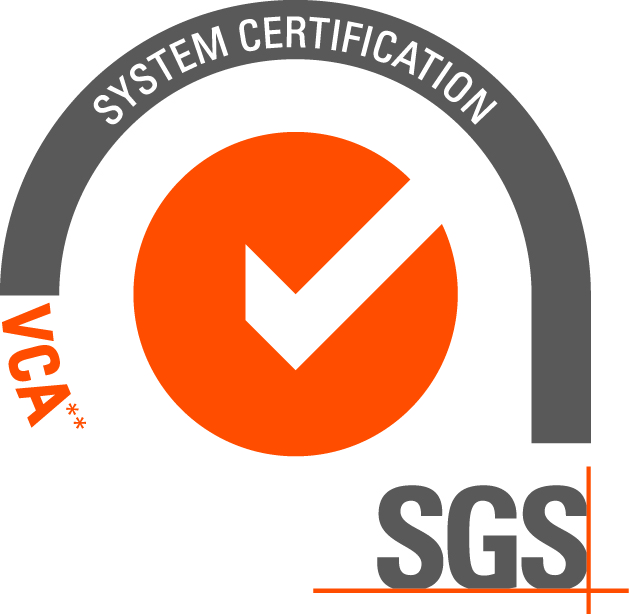